We’re anchored outside of Current Cut, Eleuthera awaiting a tide change so we don’t have to fight the current. Amazingly enough, in this remote area there is a blazingly fast un-secured wifi connection!  Enjoy the pics!

Ankers Away, where we watched the AFC Championship 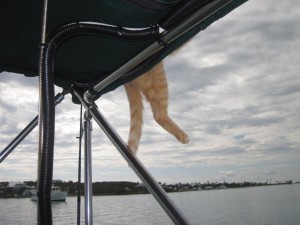 Nermal is starting to hang out on the very edge of the bimini. 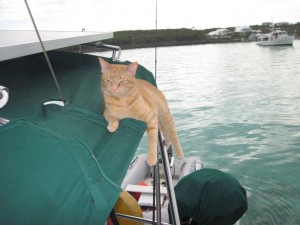 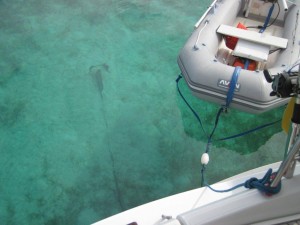 It was so calm and clear at Lubber’s Quarters that you can see our anchor behind the boat. 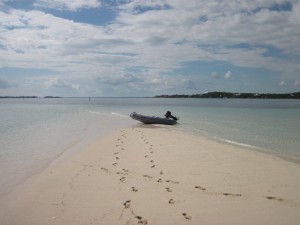 Tahiti Beach was a great place to take a walk on our anniversary. 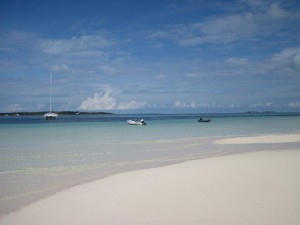 Several other boats were also enjoying the crystal clear water. 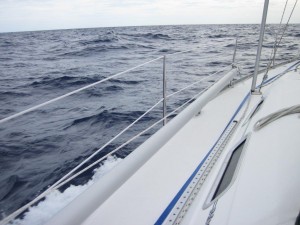 Here’s where we lashed the whisker pole when it fell down. It’s 13’6″ long, and wasn’t easy to wrestle.

I quickly tied it to the stanchions… 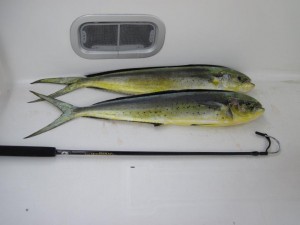 …so we could reel in these two mahi! A third one this size broke loose. (Also shown is our gaff which we really like.) 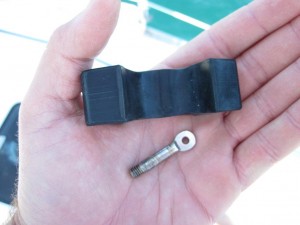 Expensive parts that we found on deck. (Amazingly)

The pin on the Harken car worked itself loose when the lower shackle opened. 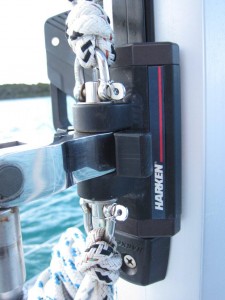 The car is reassembled with the toggle, ready for the whisker pole. Note how I seized the shackles closed with a single pass of stainless steel wire. I wanted to make sure this didn’t happen again.